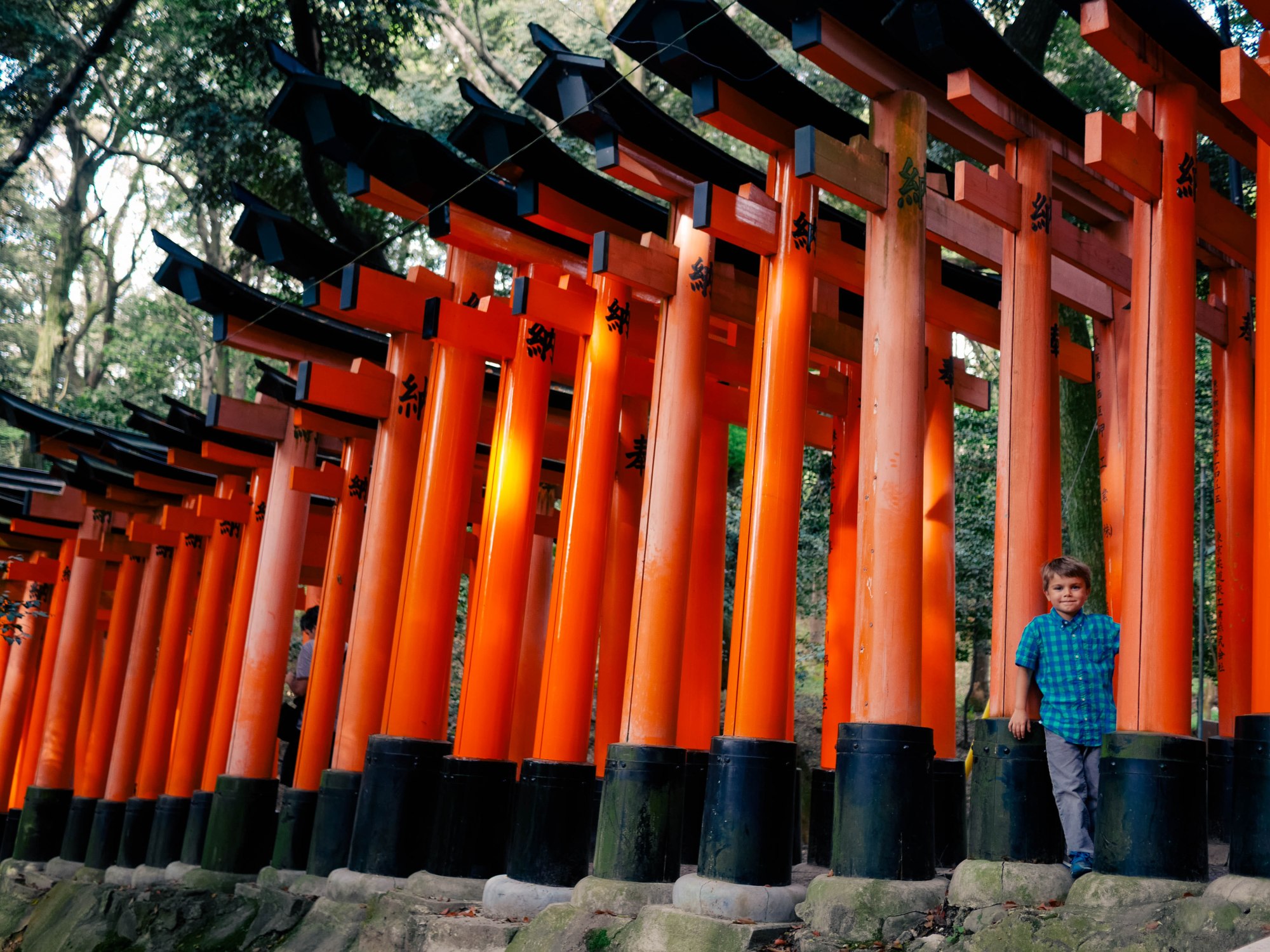 Another full and wonderful day in Kyoto with Junji. We visited temples, the Imperial Palace and had yakitori—grilled meat on a stick that had intrigued Oliver ever since we walked down Omoide Yokocho (Yakitori Alley) in Shinjuku the first night in Tokyo.

We’ve taken to calling Junji our “Kyoto Ninja”—he is a master of all things Kyoto, he stealthily disappears and reappears with tickets or goodies, takes us to the best secret locations where there are no other tourists, and he knows a lot about ninjas. He taught Oliver that ninjas used to climb under the floors or up on the roofs and spy on people or shoot poison darts. Oliver was literally hanging on every word. Oliver and I then talked about poison darts for most of our shinkansen ride back to Tokyo.

We started our morning with a Japanese breakfast in our room. Simmering tofu, dashi broth, rice, and grilled fish which Junju later told me was called shishamo.

We love this little Lego Minifigure in a kimono. She feels at home in our ryokan.

Sad to leave our peaceful ryokan. But, excited for another day exploring Kyoto with Junji.

Although the cherry blossom season has ended, we saw a few still in bloom. They are especially beautiful against the backdrop of historic Kyoto.

The streets leading up to Kiyomizu-dera Temple. 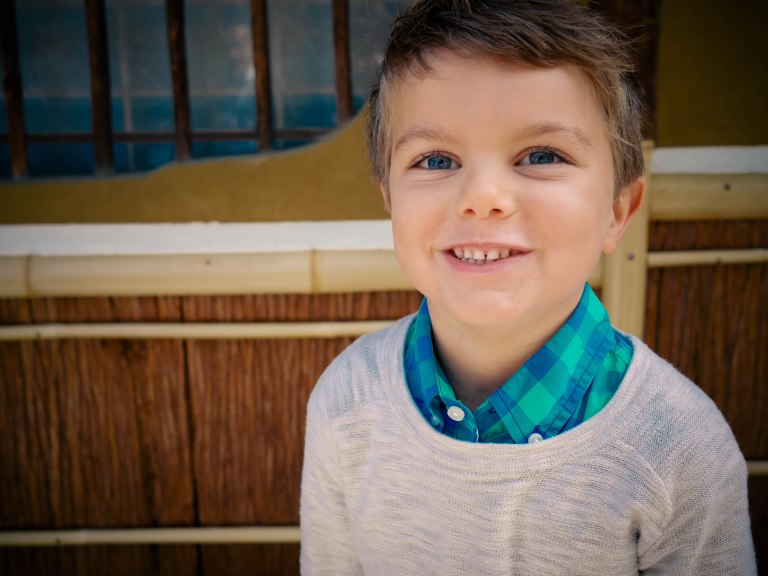 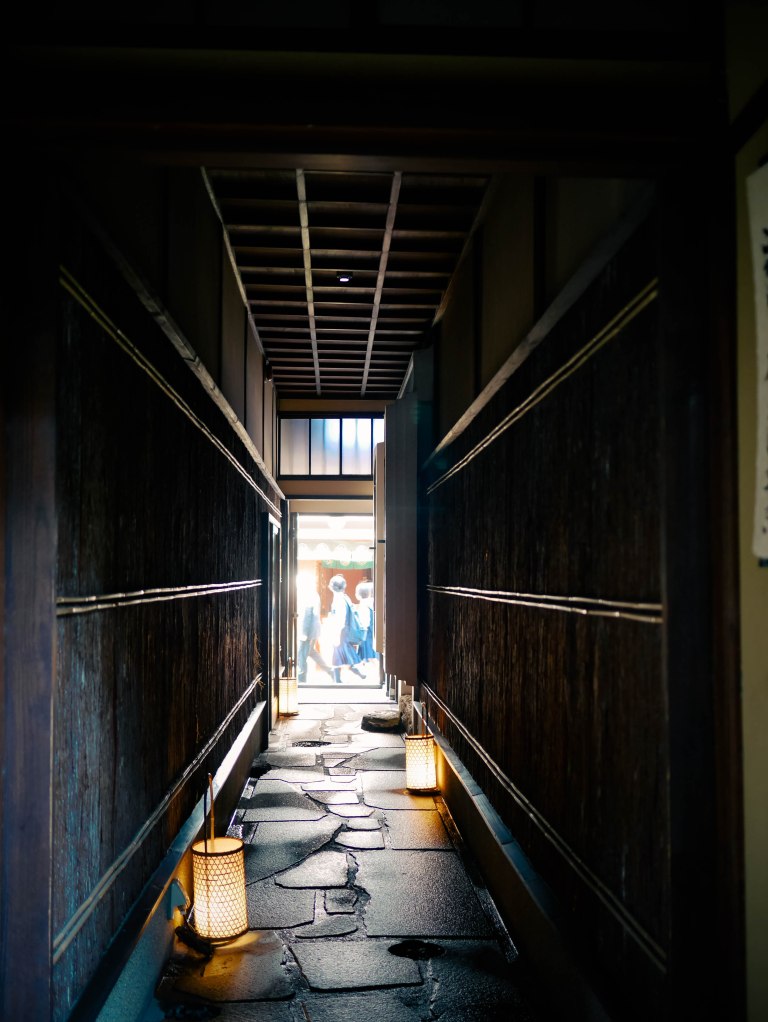 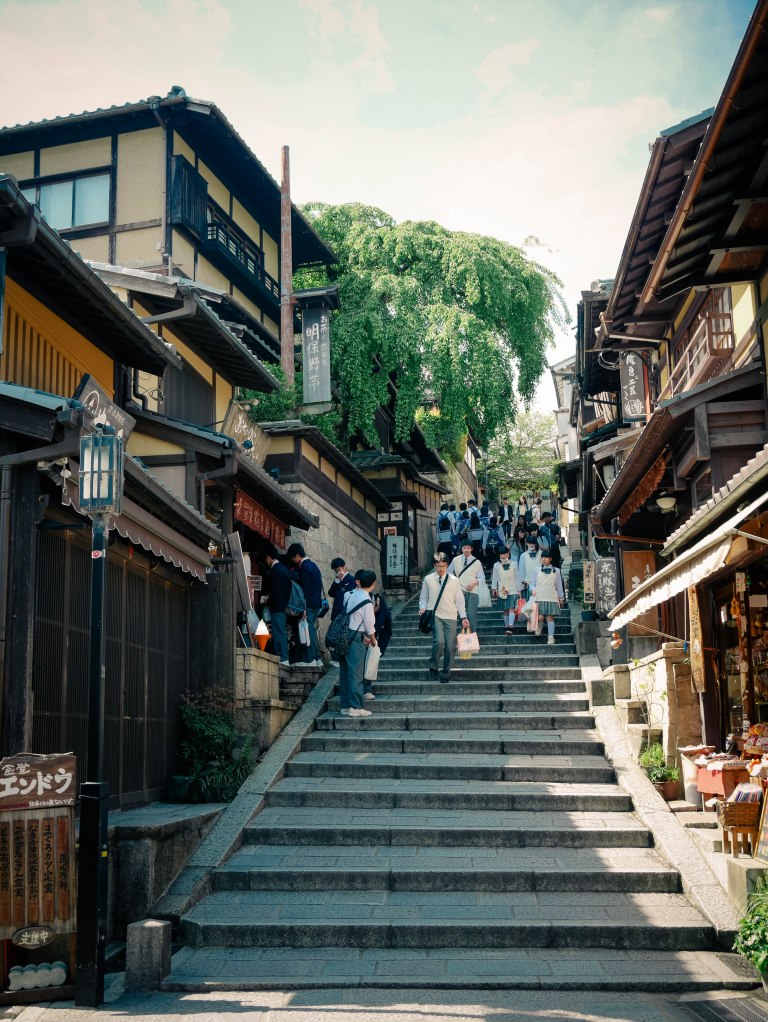 April is the beginning of the school year in Japan and Kyoto was swarming with lots of students on “excursion”. 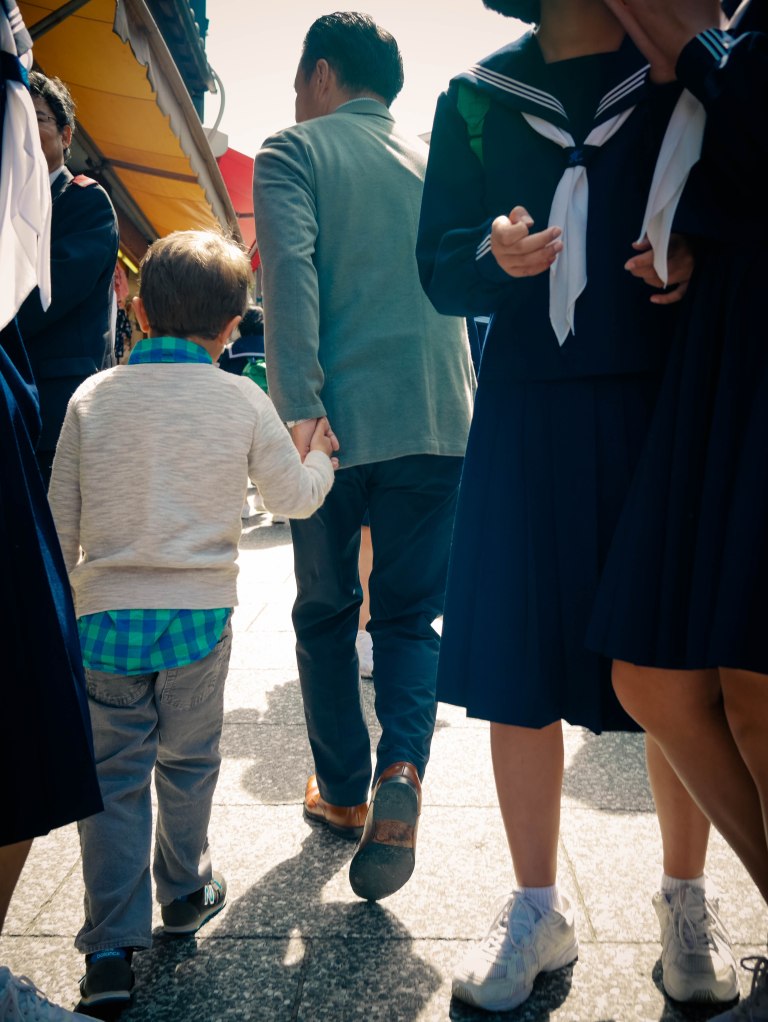 Navigating the crowd on the narrow streets up to Kiyomizu-dera. 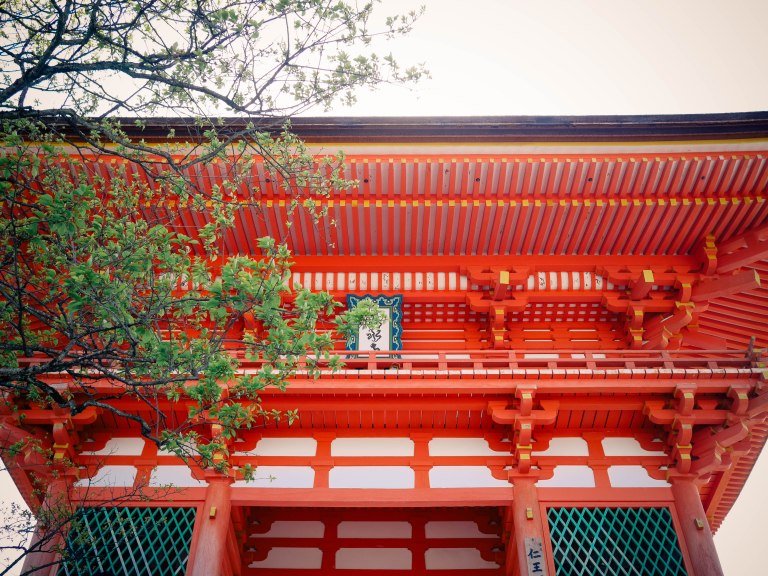 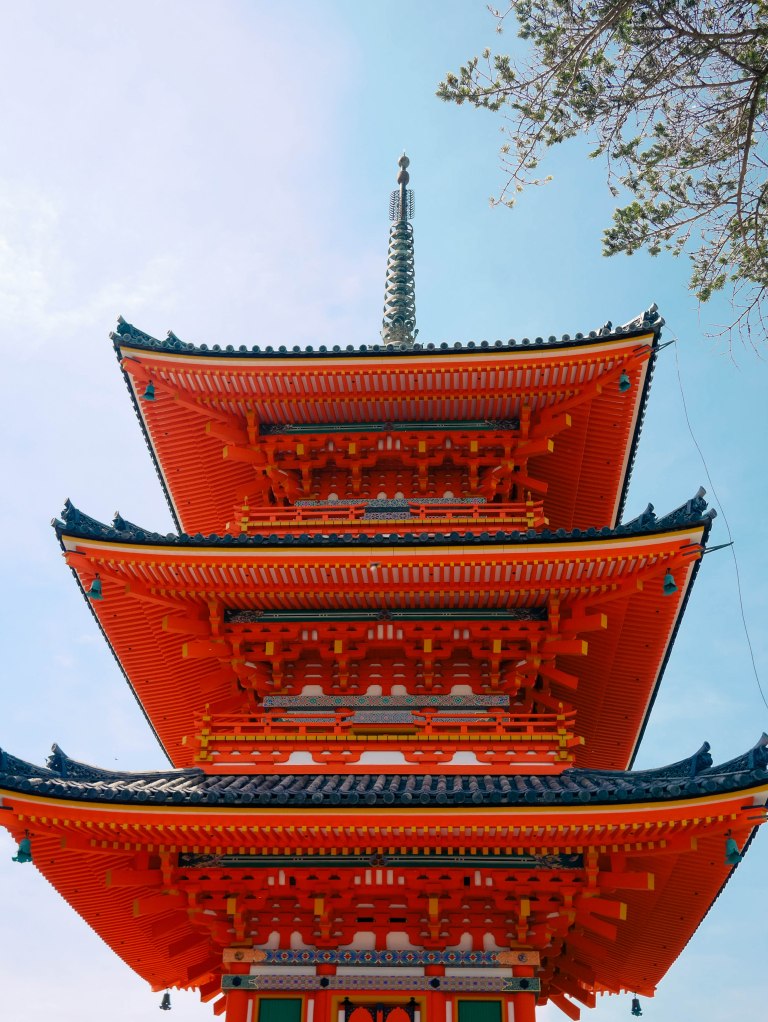 We learned that three is a very lucky number in Japan—as are odd numbers over even. 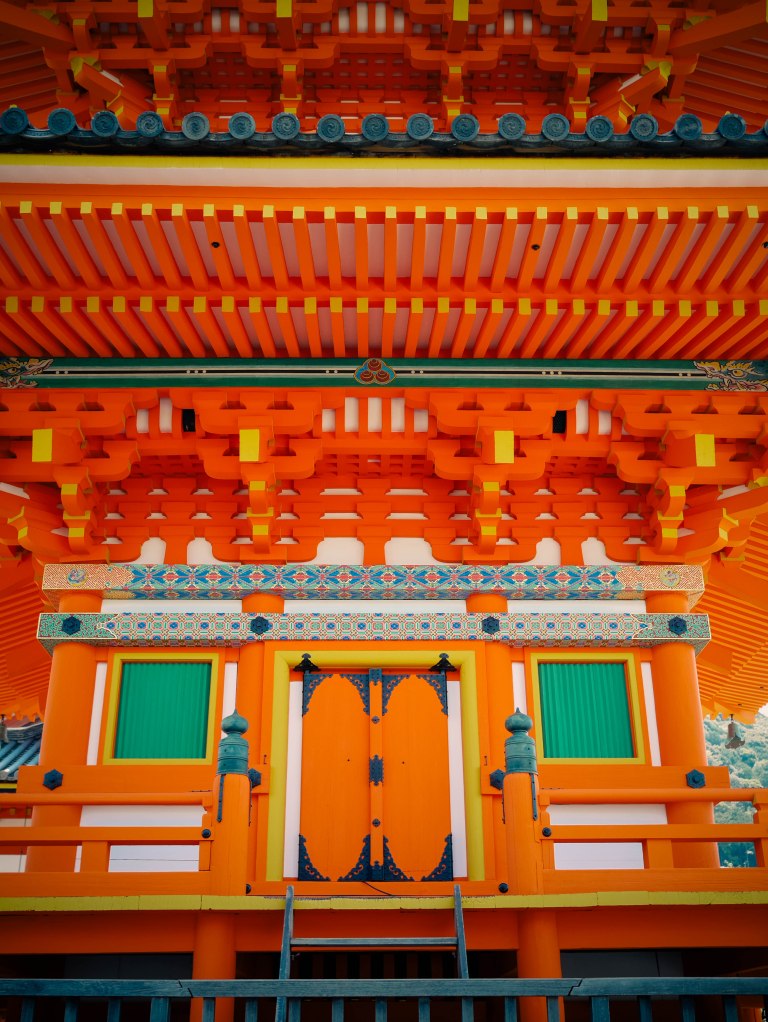 Apparently people have made Lego replicas of the Kyoto temples and pagodas. We looked it up and found this. 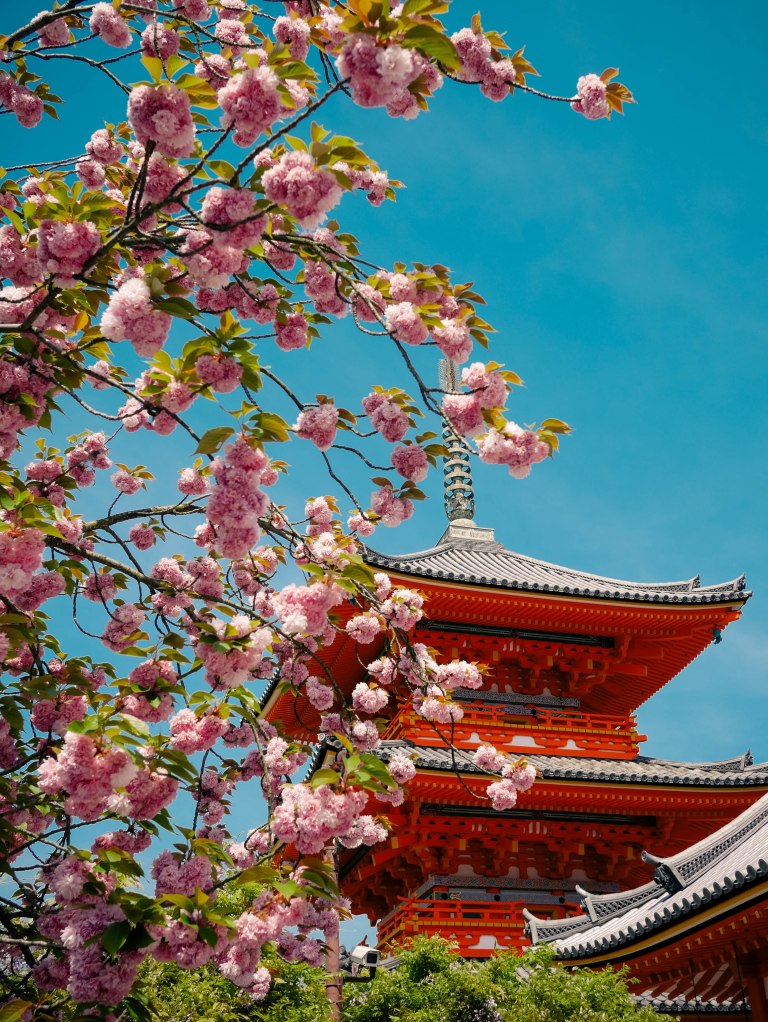 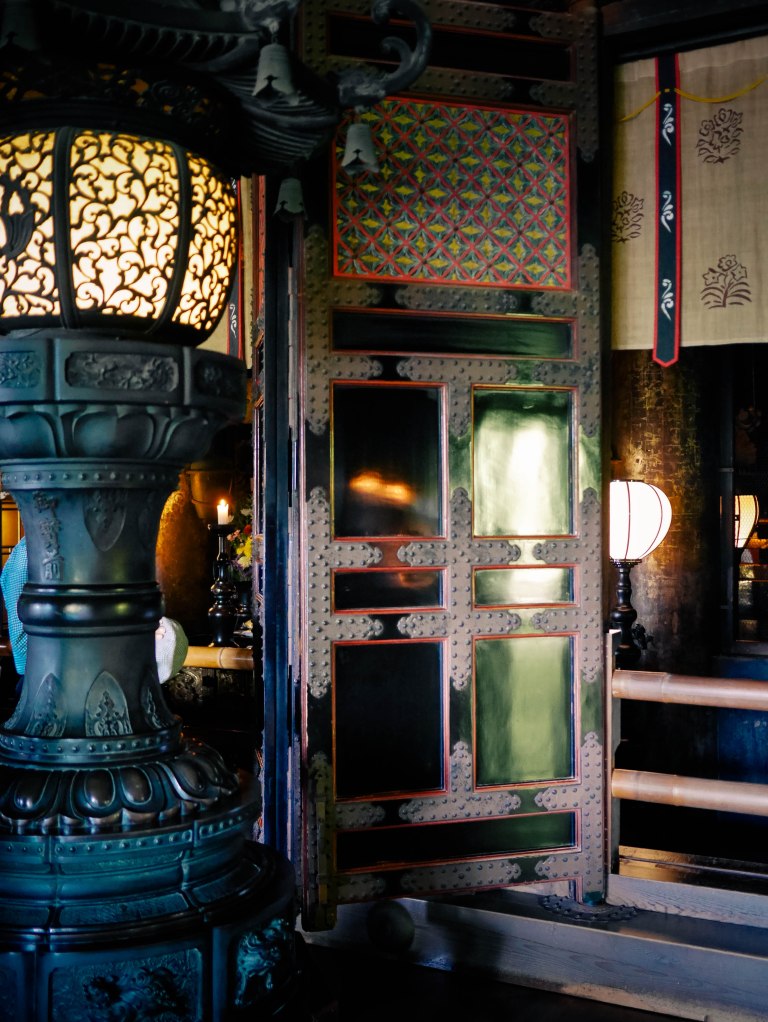 Inside the Buddhist temple of Kiyomizu-dera. Junji showed Oliver how to bang a drum to call the gods before praying.

On our way up to see the final pagoda at Kiyomizu-dera, we stopped and watched this woman (who really liked Oliver) write calligraphy. She asked Oliver for his hand and drew a little smiley face on his finger.

Nice view of the city beyond the temple. 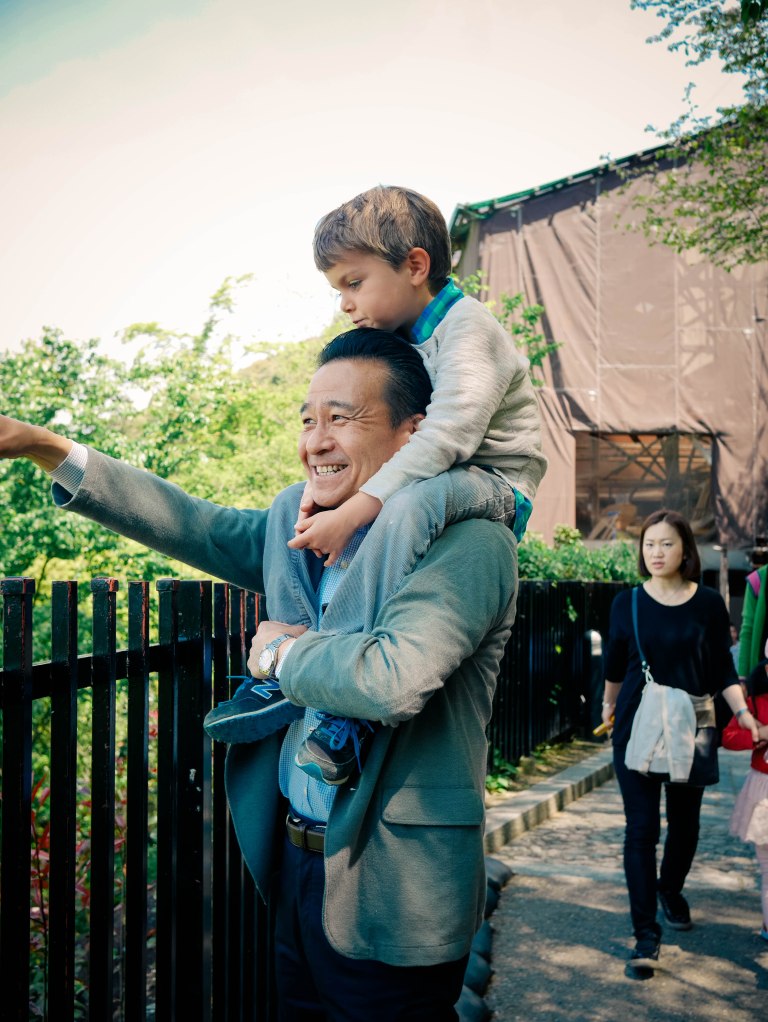 These two are getting close.

Oliver loved how the raised stage of the temple was constructed with interlocking pillars and not a single nail. Very Zen Lego.

There was a lovely little nightingale chirping in the tree overhead. 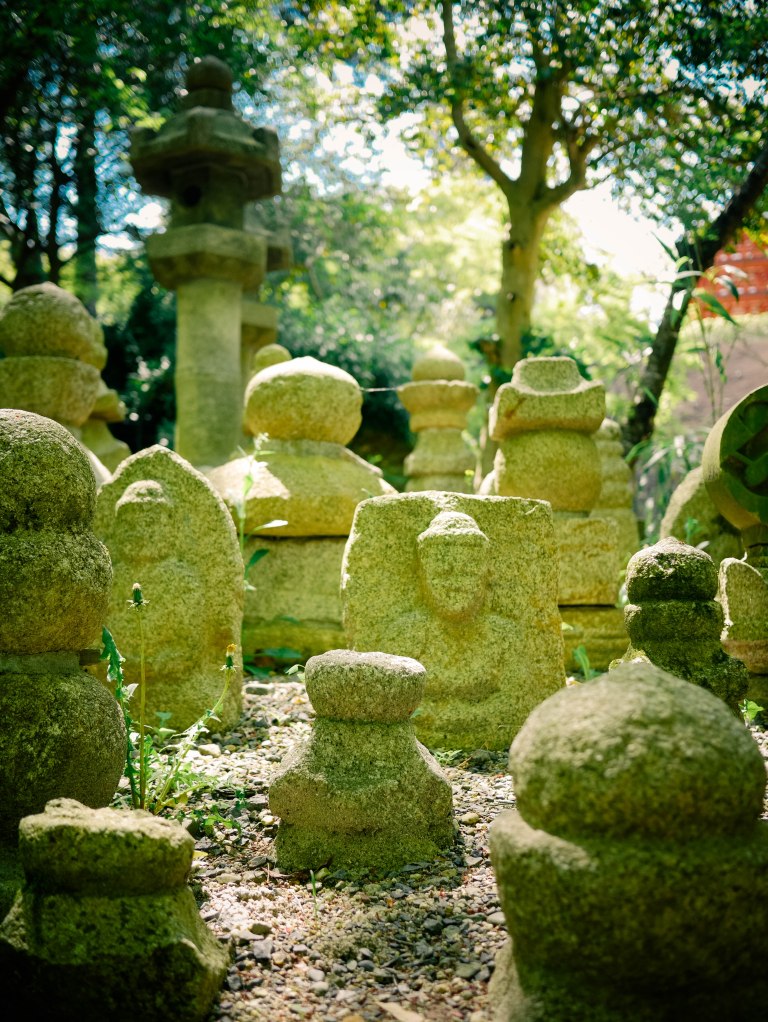 A small cemetery on the walk back down towards the temple. 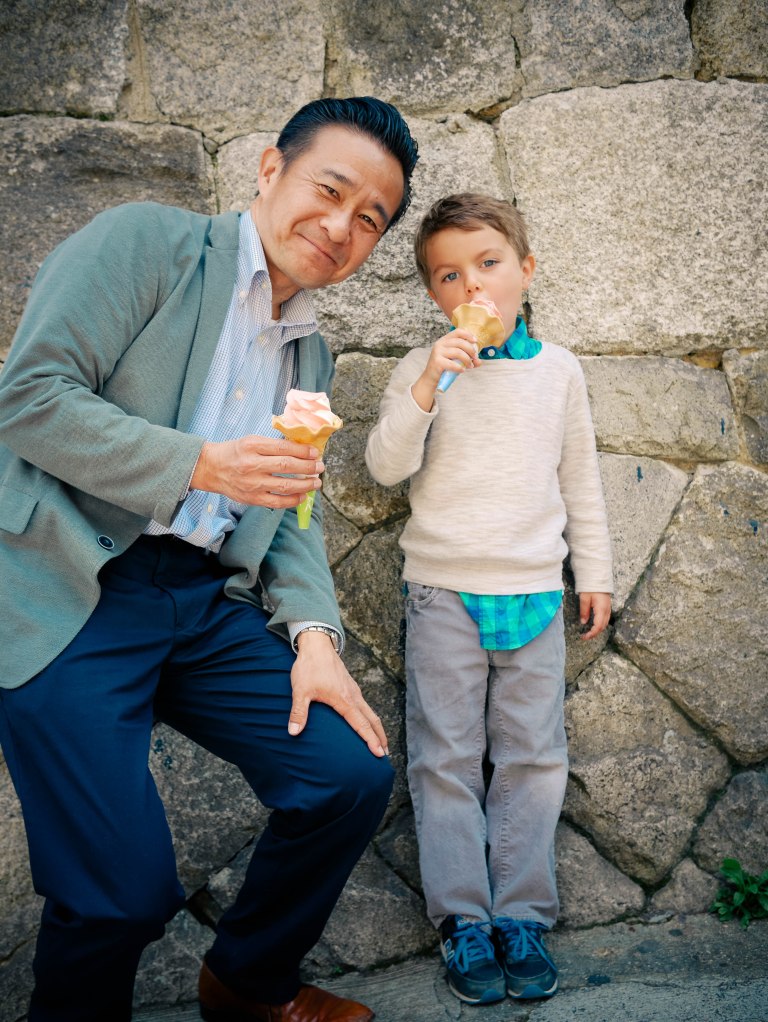 A stop for ice cream on the walk down from the temple. 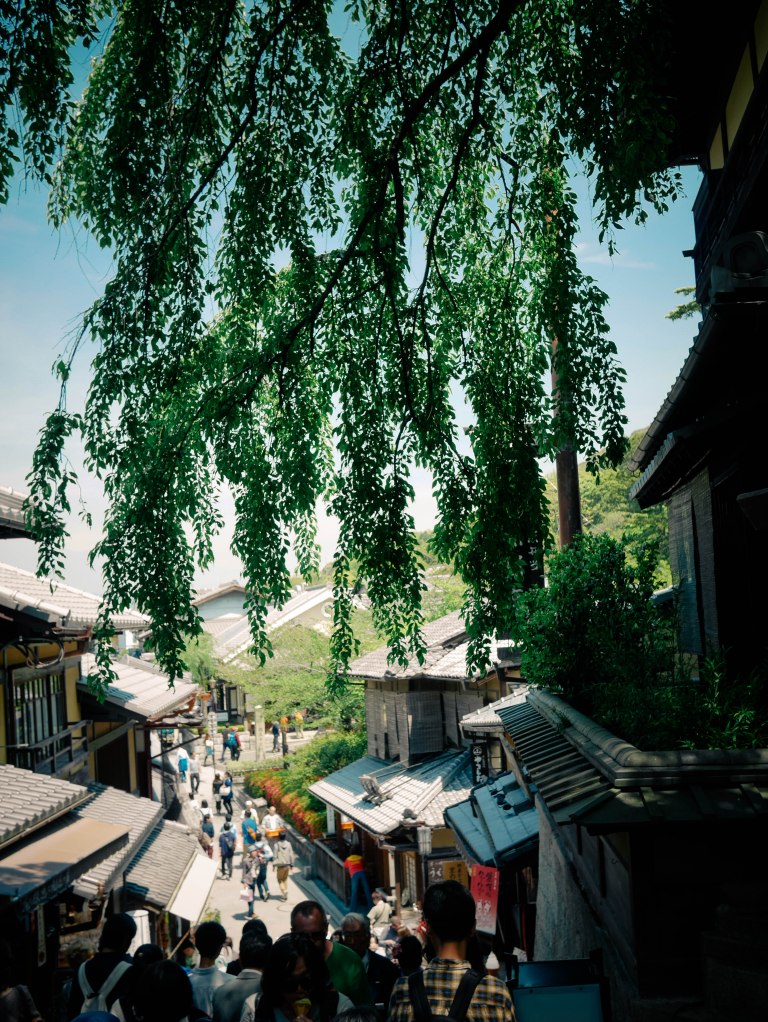 The gardens of Heian Shrine.

I remember seeing Scarlett Johansson hopping over these in Lost in Translation.

The enormous orange sacred gate (torii) in the distance—apparently the largest in Kyoto.

A stop for yakitori. 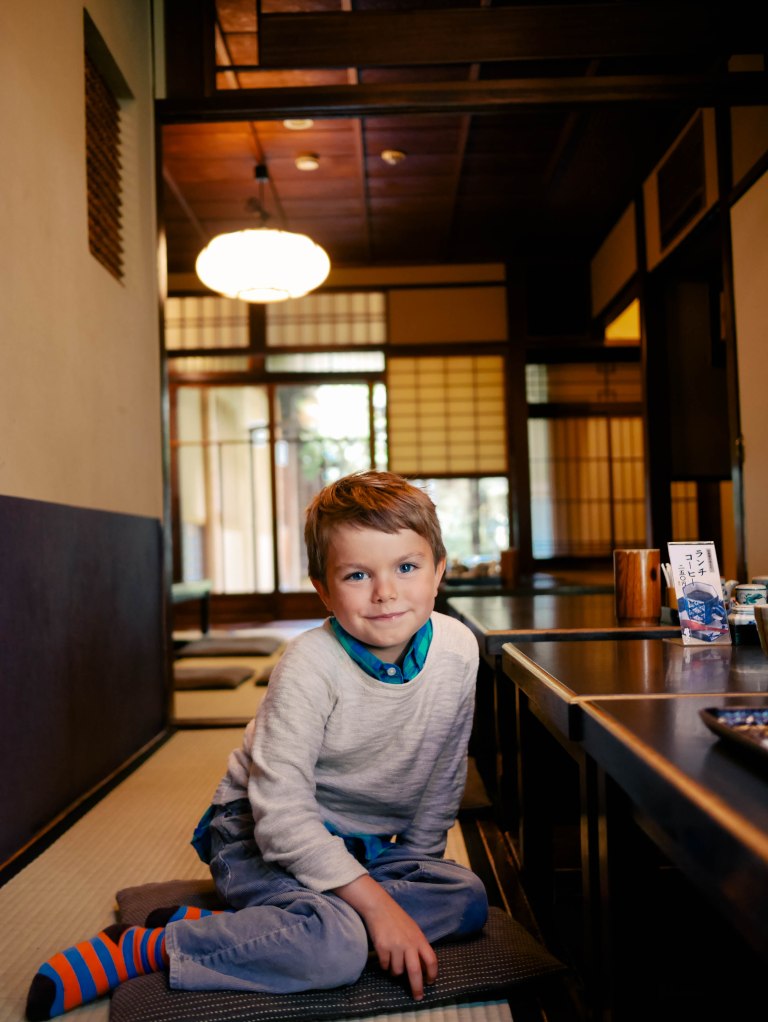 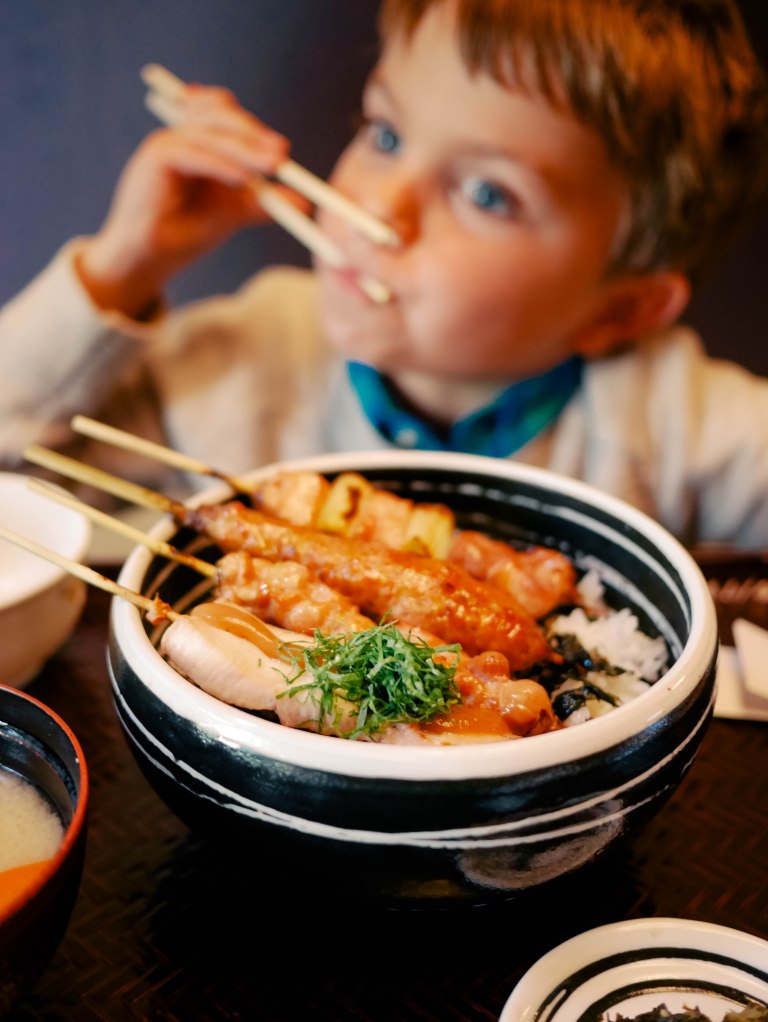 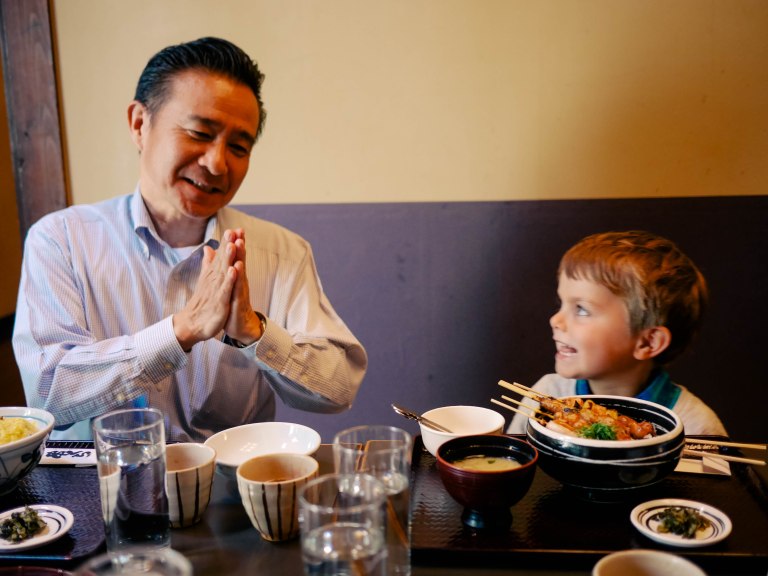 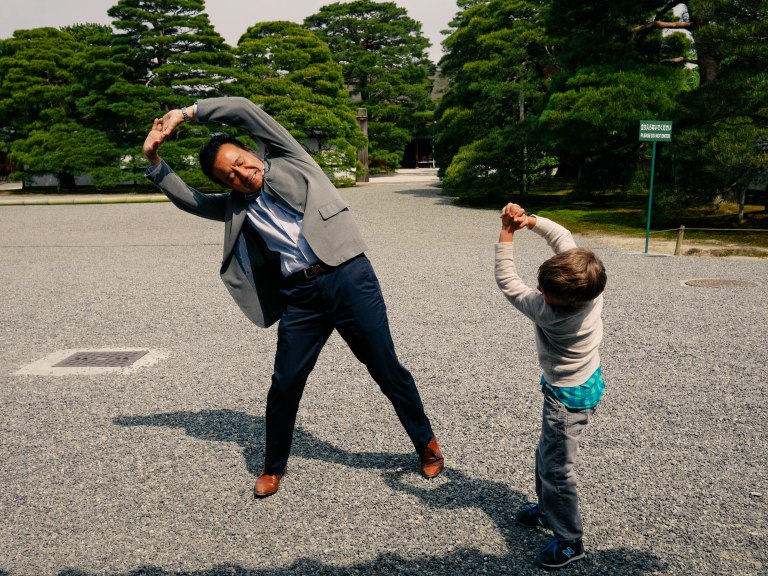 Stretching at the Imperial Palace. 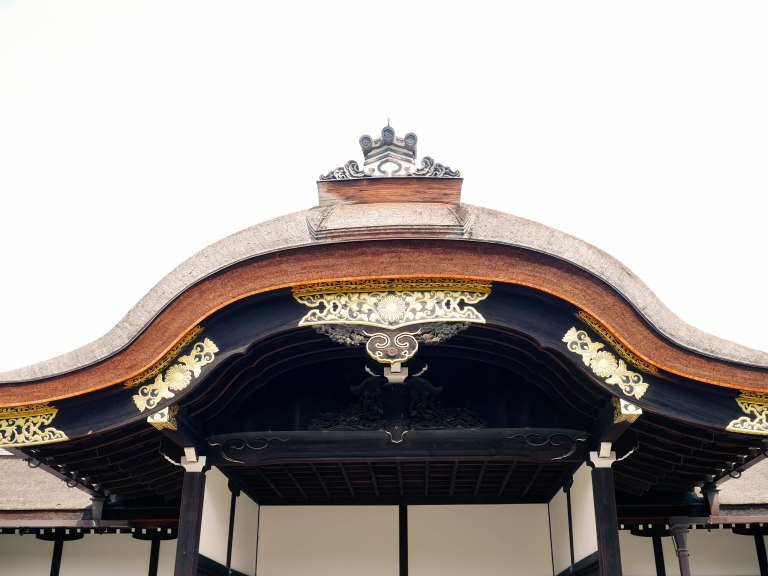 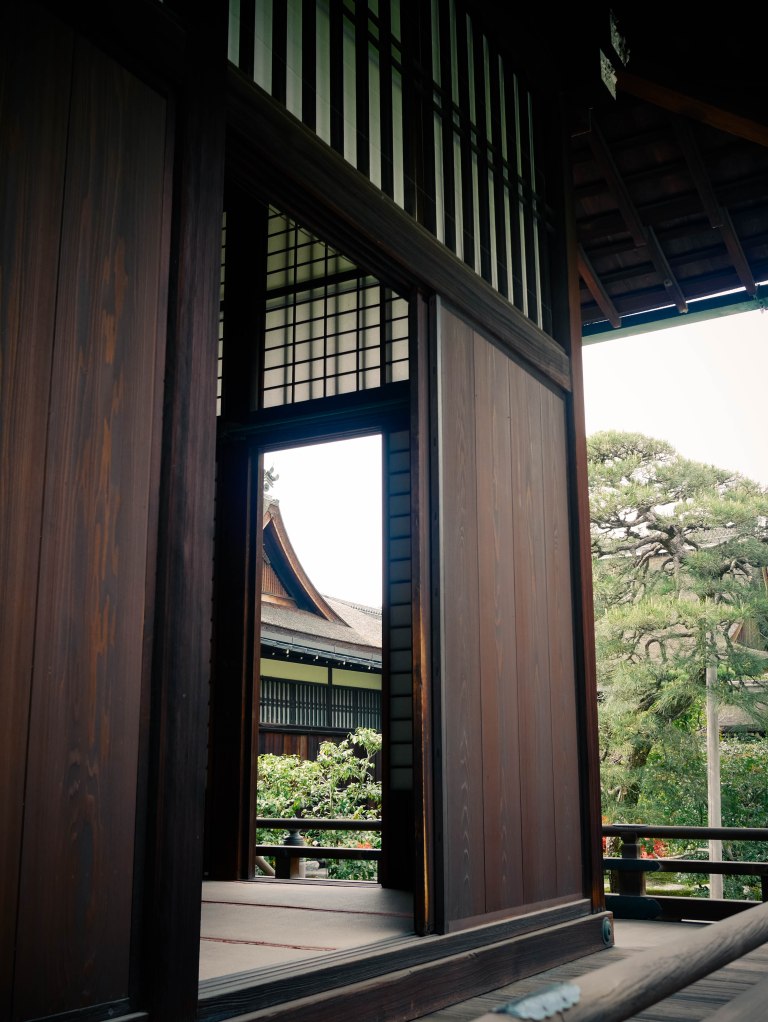 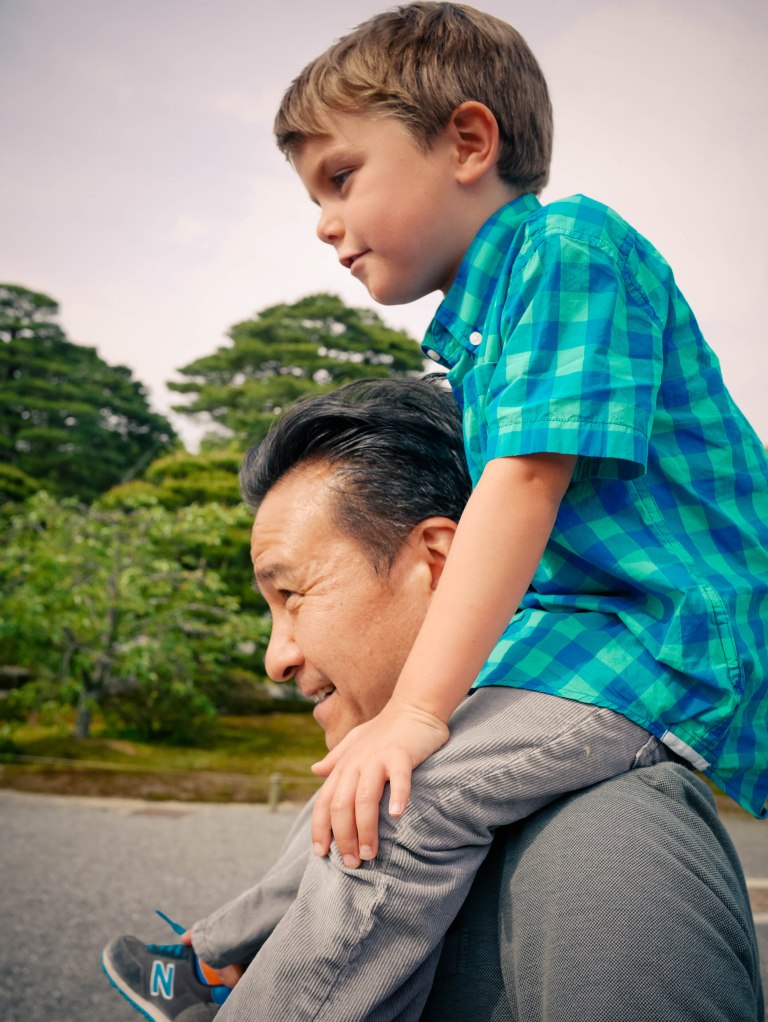 The first thing we see as we enter Fushimi Inari Shrine are strings of 1,000 handmade origami cranes—offered up for eternal good luck.

Since Fushimi Inari is a Shinto shrine, Oliver rings the prayer bell before making his prayer. He knows exactly what to do now.

We pass through the fox statues (kitsune) adorning the gate as we make our way up to the torii above the shrine.

As you can tell by all the photographs, we were enamored with the thousands of orange torii gates winding through the forest on Mount Inari. 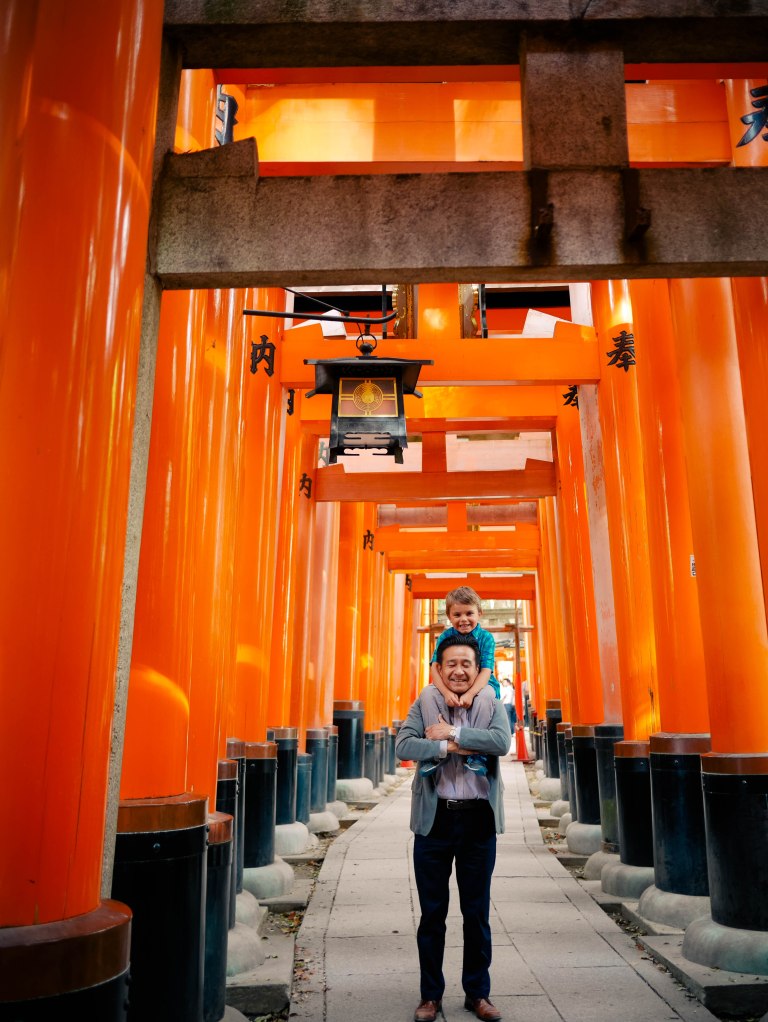 Of course, we couldn’t resist a game of hide and go seek. 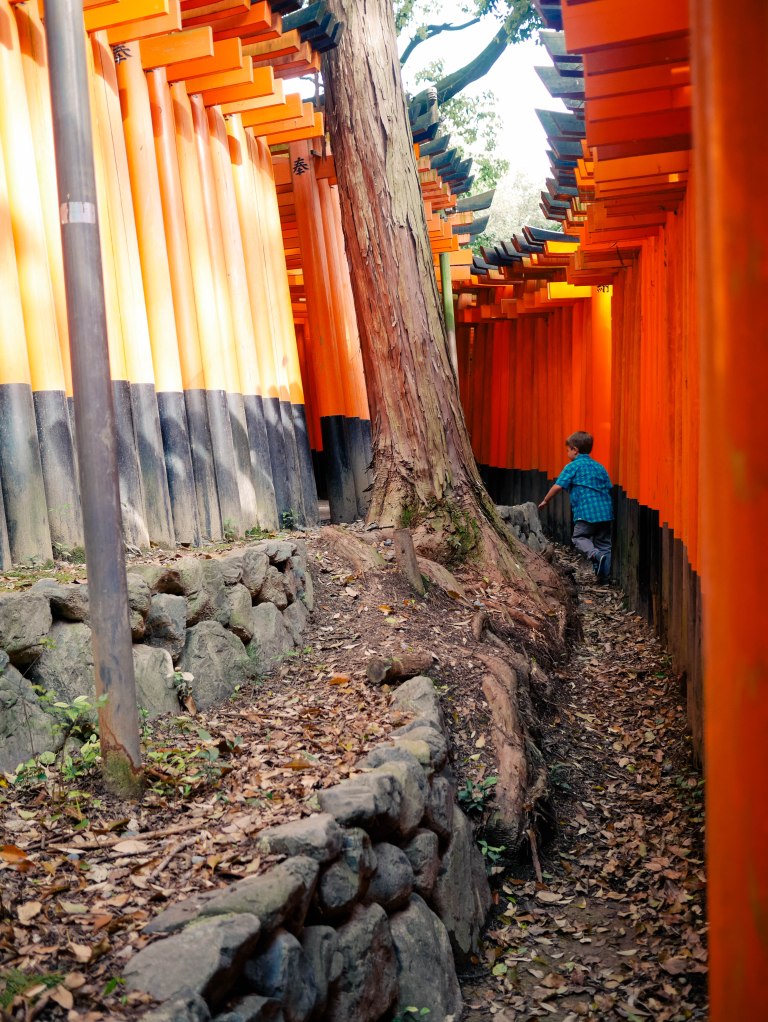 Oliver loved hiding behind the gates and then popping out to surprise us.

Heading back to Tokyo on the shinkansen. 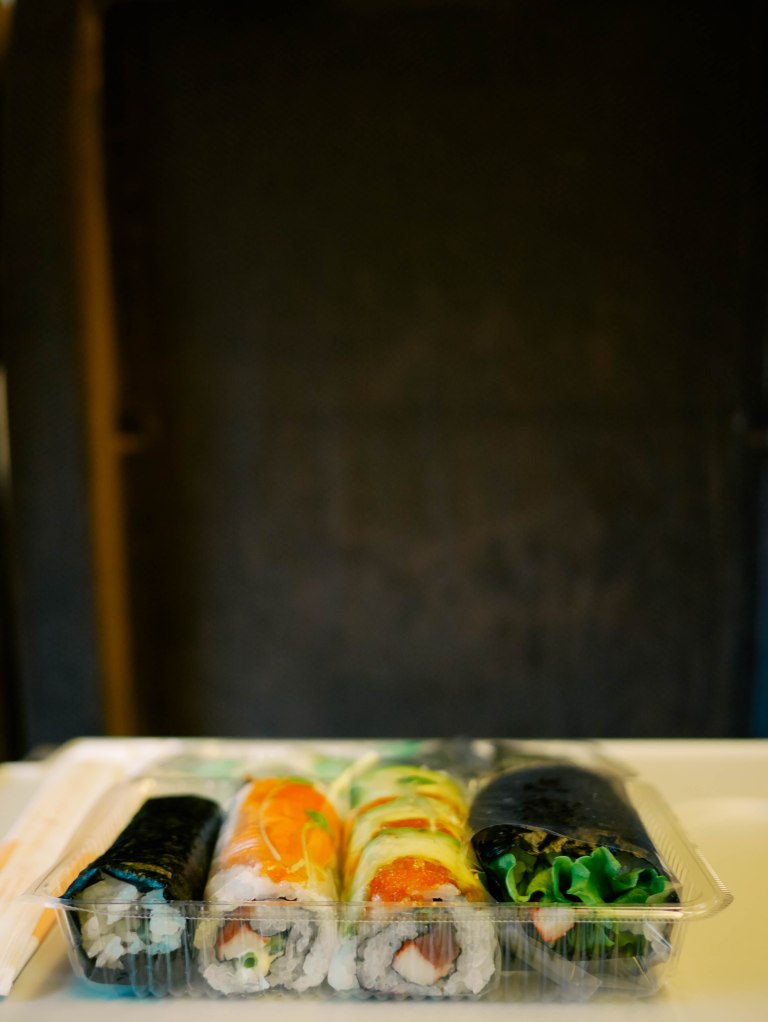 We stopped to get some bento boxes at the train station before we left.

Looking for Mt Fuji (Junji told us the exact time to see it). We never saw it—it was too dark and hazy when we passed by. 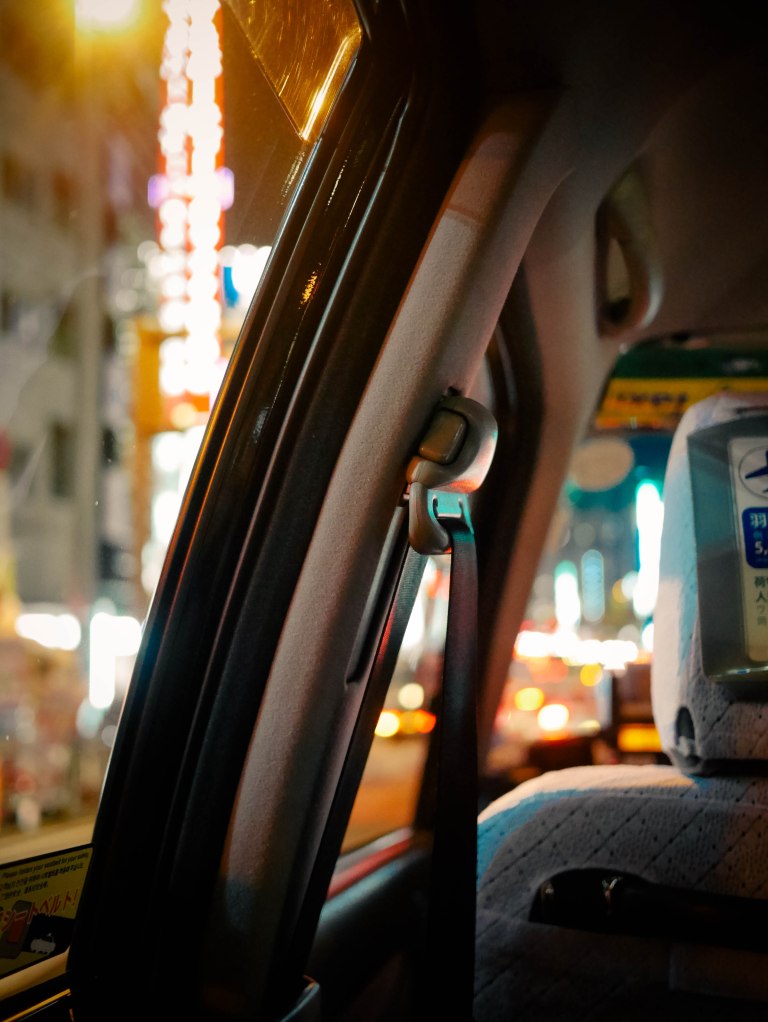 Back in Shinjuku. Looking forward to another 2 days in Tokyo before we leave.